Server infrastructures do carry loads of several different configurations in the workplace. If you ever been to data centers, then you probably must have noticed different types of servers carrying out different sets of operations. Not all the servers in the data centers share the same type of build with the same list of functions. In a normal data center, you will find blade servers, rack servers, and tower servers. All of them provide a different range of performance technologies to the workplace to boost the running of essential software like SAS. The list includes the core Intel Xeon E5 series (600/ 2600/4600/5500/5600), and RAM, storage drive, and other hardware. Let’s go through each one of them, to understand what kind of technologies they had to offer to the newer solutions?

A blade server is made out of multiple modular circuit boards called server blades. Unlike in a rack server, where you will get power source, core intel CPU, network hardware, and memory. Here you will only get CPU, storage drive, and network controllers.

Here you will get to see a standalone chassis configuration. They come with a small number of components and applications. Generally, people who want a customized upgrade over the server choose a tower server technologies. Tower servers don’t come with graphics cards, RAM, and other necessary periodicals. Towers servers resemble a lot to desktop towers.

How Does Dell PowerEdge Differ?

Dell’s rack system offers cabinets and hardware that you need to make the biggest changes in the server. Technologies explore at a faster rate and it becomes highly necessary to keep up with the latest technologies to move the needle to the right side of the meter.

That requires a stronger infrastructure for data protection solutions and gives a boost to your already implemented technology and meeting software requirements. Dell’s PowerEdge rack system would provide you just that to your workplace and increase the security solutions, serviceability solutions, and manageability solutions of your data center.

The demand for a high efficient rack system has been on the rise. This is where dell comes by providing the user exactly what they need with Dell’s data center rack solution. All of them deliver efficient use of physical storage drive, easy access to SAS servers and other peripherals, and better airflow for a more balanced colling to increase the reliability of everything that is stored in the chassis. All Dell rack solution components come with easy to deploy mounting kits, console switches, PowerEdge Rack 4210 cabinet, 24U PowerEdge Rack, and power supplies. Once you combine all these hardware you will have one of the powerful data center rack solutions that will help your organization go beyond the threshold limit fo every demanded software including cloud drive.

The deployment time of any server is long, but that is not the issue with Dell’s rack server. Here you can deploy, manage, and maintain the SAS servers in less time compared to others. All of the components will perform at the optimum levels as per your requirements.

The new variation of the Dell PowerEdge Rack server is a highly upgraded version of the previous Dell Racks infrastructure. All the things that you loved about the old Dell Racks hardware, here you will get to explore improved versions of the Dell Racks server.

The newer model includes a better installation of the software, boosting the speed of the installation, improvement in the security technologies, all the while managing the power management sufficiently.

The newer model can hold up to 2,000 pounds of rack-mountable servers and peripherals. The reduction of overall height on the Dell PowerEdge rack server will make the server able to fit through standard doors and handle the advanced cloud applications.

Many of you are probably wondering what exactly would you get with Dell PowerEdge and how they will be useful for the daily routine of your organization?

Installation – Dell PowerEdge server doesn’t compromise the speed of hardware installation. Here you will get visible rail markings at the front and the back so it will give you a much more clear idea on how to install the peripherals without wasting time figuring out the positions. So you can explore more stuff at a faster rate than ever before. Dell Rack mounting kits will require you to put less time on the installation.

Cable Management – Although some may consider this more of side stuff, it is an important aspect of the servers. You will need enough space to save the cable without having them popping out on the back. That is why Dell PowerEdge comes with ample space behind your hardware, so you can explore the new spaces and store the routing cable solutions. Here you will also get cable management clips to keep the cables together. The clips would be made of solid metal.

Faster Servicing – Taking a component out for servicing can be an issue for a lot of server infrastructure. Buy Dell PowerEdge comes with Dell RapidRails, What is Dell RapidRails? Well, it allows you to slide the servers and explore new pieces of hardware to install on the server. The back doors can be split so you would get more clearance space at the back.

Cooling – It is one of the most important elements of the server, better airflow will keep every drive cool so they can perform normally under higher pressure. Dell PowerEdge comes with ventilated front and rear doors that will optimize the airflow without requiring any additional fans to keep the temperature down to the minimal level for better data protection solutions on the storage drives. You will also get four solid casters, leveling feet, and bolt-down stabilization bracket for efficiency.

Security – Your servers such as SAS and other peripherals are important, they need to be secured so they will be handling the load of the operation while keeping the data protection. Dell PowerEdge Rack server comes with Key locks at the front, rear, and side panels that can be handled easily.

Power management – with Dell PowerEdge Rack server you will get a standard IEC power outlet connection with regional input options to handle a variety of power infrastructures. The inlet cords are detachable so you can interconnect various models by choosing the perfect deployment option. The individual model has up to 12 outlets, if you want to go beyond that, you will get the combined model, which contains 16 to 24 usable outlets per power circuit. All of this will help you to achieve the best level of data protection solutions for cloud-based software.

Dell’s uninterruptible power supply (5000VA 3750 watts) will provide you the temporary power source you will need in critical times. or if you happened to live in an area where you constantly go through power cuts every single day. Dell’s uninterruptible power supply will give you enough time to save or back up your data, and safely turn off the servers.

In May 2006 Dell revealed that it likewise planned to establish servers utilizing AMD Opteron processors. The very first Opteron-based PowerEdge systems, the PowerEdge 6950 and the PowerEdge SC1435, appeared in October 2006. PowerEdge makers come set up as tower, rack-mounted, or blade servers. Dell uses a constant chip-set across servers in the same generation regardless of product packaging, permitting a typical set of motorists and system-images.

Loaded with customized software and with small cosmetic changes, Dell’s servers form the underlying hardware in certain appliances from IronPort, Google, Exinda Networks, and Enterasys. In 2007 the PowerEdge line represented around 15% of Dell’s total income from computer-hardware sales. In subsequent years Dell made the transition from a pure hardware supplier to a solutions-provider and services business, as evidenced, for example, by the acquisition of Perot Systems and KACE Networks and the setup of an unique international services department within Dell. 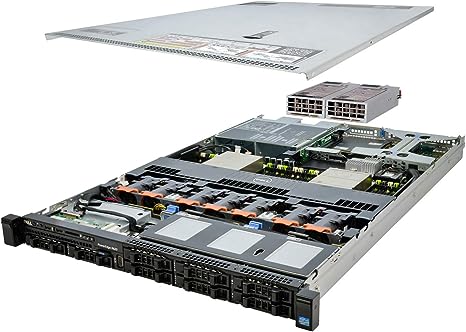 The related software application in the PERC Fault Management Suite provided facilities such as the Background Patrol checked out, which intends to repair bad sectors on online RAID disks running under some of the PERC controllers around 2006. These cards were equipped with hardware from LSI Corporation or Intel, 256 MBytes of memory (upgradeable on the 5/i to 512 MB), support up to 8x SATA 3.0 Gbit/s drives without the usage of expanders.

PowerEdge VRTX – the converged system including (as much as) 4 PowerEdge M-blade servers, the built-in storage service and the I/O networking module. Considering that the introduction of the generation 10 servers in 2007 Dell embraced a standardized method for naming their servers; the name of each server is represented by a letter followed by 3 digits. 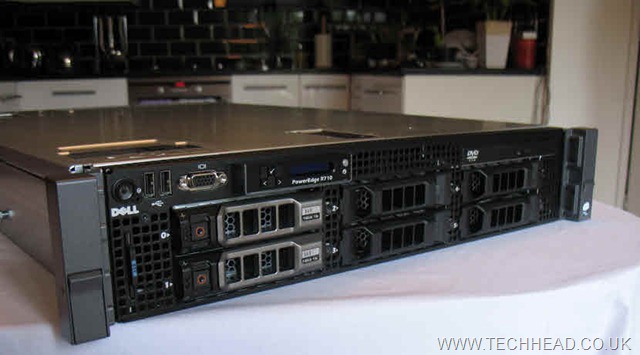 For instance: The Dell

What Does Dell T610 Fan Noise – Marcello Moretti – Pittore Do?

How Dell R710 Cpu Temp can Save You Time, Stress, and Money.

In May 2006 Dell announced that it likewise planned to develop servers using AMD Opteron processors. The first Opteron-based PowerEdge systems, the PowerEdge 6950 and the PowerEdge SC1435, appeared in October 2006. PowerEdge devices come configured as tower, rack-mounted, or blade servers. Dell uses a consistent chip-set across servers in the very same generation no matter packaging, enabling for a typical set of chauffeurs and system-images.

In 2007 the PowerEdge line accounted for roughly 15% of Dell’s total earnings from computer-hardware sales. In subsequent years Dell made the shift from a pure hardware vendor to a solutions-provider and services business, as evidenced, for instance, by the acquisition of Perot Systems and KACE Networks and the setup of an unique international services department within Dell.

The related software in the PERC Fault Management Suite used centers such as the Background Patrol read, which aims to repair bad sectors on online RAID disks running under a few of the PERC controllers around 2006. These cards were geared up with hardware from LSI Corporation or Intel, 256 MBytes of memory (upgradeable on the 5/i to 512 MB), support up to 8x SATA 3.0 Gbit/s drives without using expanders.

PowerEdge VRTX – the converged system consisting of (as much as) 4 PowerEdge M-blade servers, the integrated storage option and the I/O networking module. Considering that the introduction of the generation 10 servers in 2007 Dell adopted a standardized approach for naming their servers; the name of each server is represented by a letter followed by 3 digits.

The calling applies to the tower version too, however the tower version will generally be in between 5U and 6U. ” Press Release Dell’s International And Business Organisation Drives First Quarter Profits Development”. Archived from the original on 2007-07-06. Obtained 2007-08-13. ” Press Release Dell Reveals Four- and Two-Socket Servers”. Archived from the original on 2007-06-30.